Hands from the past...

The ancient University of Tailors, founded in 1575 by the will of Pope Gregory XIII had its first headquarters in vicus Jugarius, now Via della Consolazione, at the foot of the Campidoglio where the still existing Church of St. Omobono stood as place of worship for the Tailors.

Erected on the foundations of a Roman temple, dating back to the VI century BC, St. Omobono Church, formerly of St. Salvatore in perpetual lease, had previously been the seat of the Consolation Hospital.

This building has been destroyed and rebuilt several times and it has been restored, in particular in 1137, 1197 and in 1574. 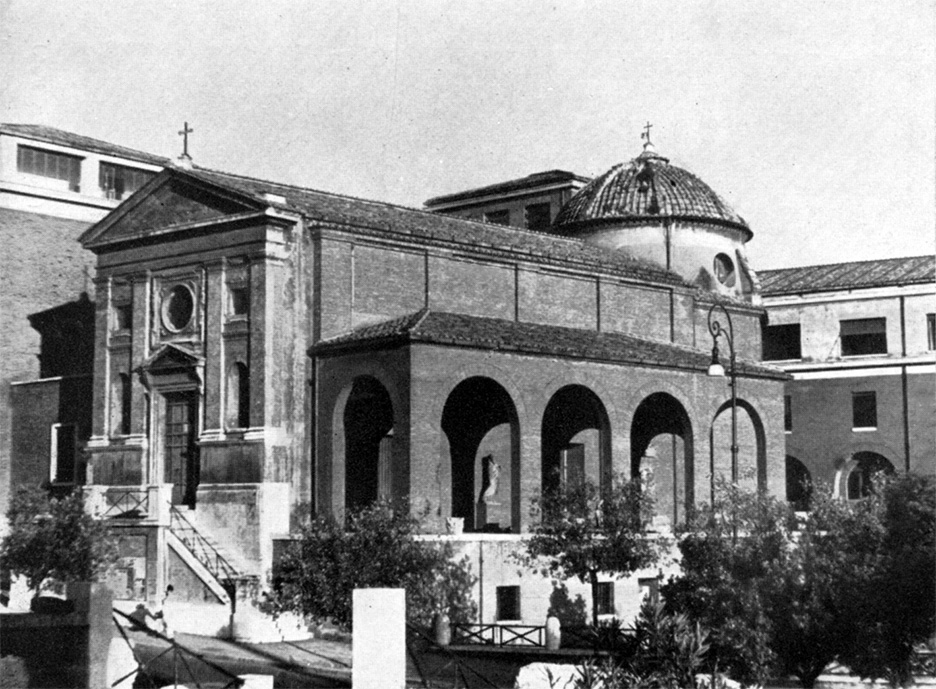 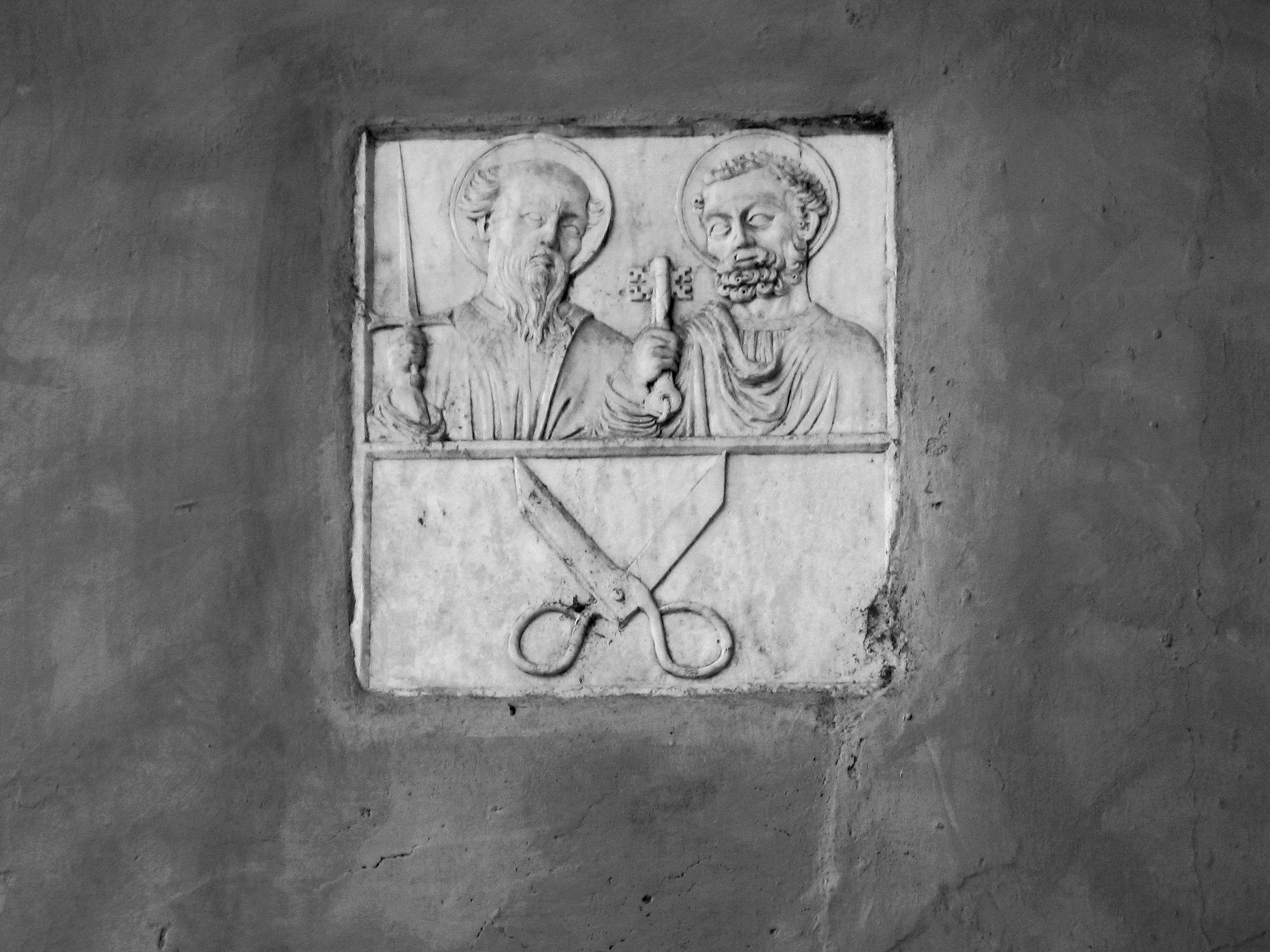 Precisely on August 30th 1574 the current St. Omobono Church was given as a social and religious headquarters to the Tailors Corporation by act of the notaries Pichinosi and Marchesi. The University of Tailors, located there, began its activity on January 5th , 1575 with the payment of an annual fee of 20 escudos and 20 pounds of wax to the Papal State. In the years that followed, the Tailors headquarters were restored again: in 1616 thanks to the munificence of the rich tailor Salvatore Lorenzo Lini and in 1767 by the Tailors themselves. In 1801 all the guilds, including that of the Tailors, were suppressed by the will of the then Pope Pius VII, with the consequent closure of the University. In any case, this fact did not change the devotion of the category to their church and headquarters, in fact it is known that the restoration work carried out in 1877 was at the expense of the Tailors Congregation.

In 1938, during the Fascist period, the church was returned to the tailors and from 1940 to '42 it was also restored at the expense of the Municipality of Rome. In 1947, the enterprising master tailor Amilcare Minnucci decided to resume the tradition of the University by creating the current National Academy of Tailors. The history of the Church, as it had been for the Ancient University, once again becomes part of the tailors’ life and of the Academy history.

Requested as a religious seat by the Academy's Promoting Committee, St. Omobono Church was finally returned to the tailors in 1951, after running the risk of being demolished, to make room for the Museum of Corporations.

In 1948, 373 years after the founding of the Ancient University, the St. Omobono building was no longer the tailors’ seat. The first new headquarters were located in Rome in Piazza S. Silvestro. In 1960 the headquarters were moved to via Due Macelli; in 1967 to Largo dei Lombardi; in 2013 to via Boncompagni, 93. The current headquarters of the Academy and its tailoring training school is now in via Francesco Crispi, 115. 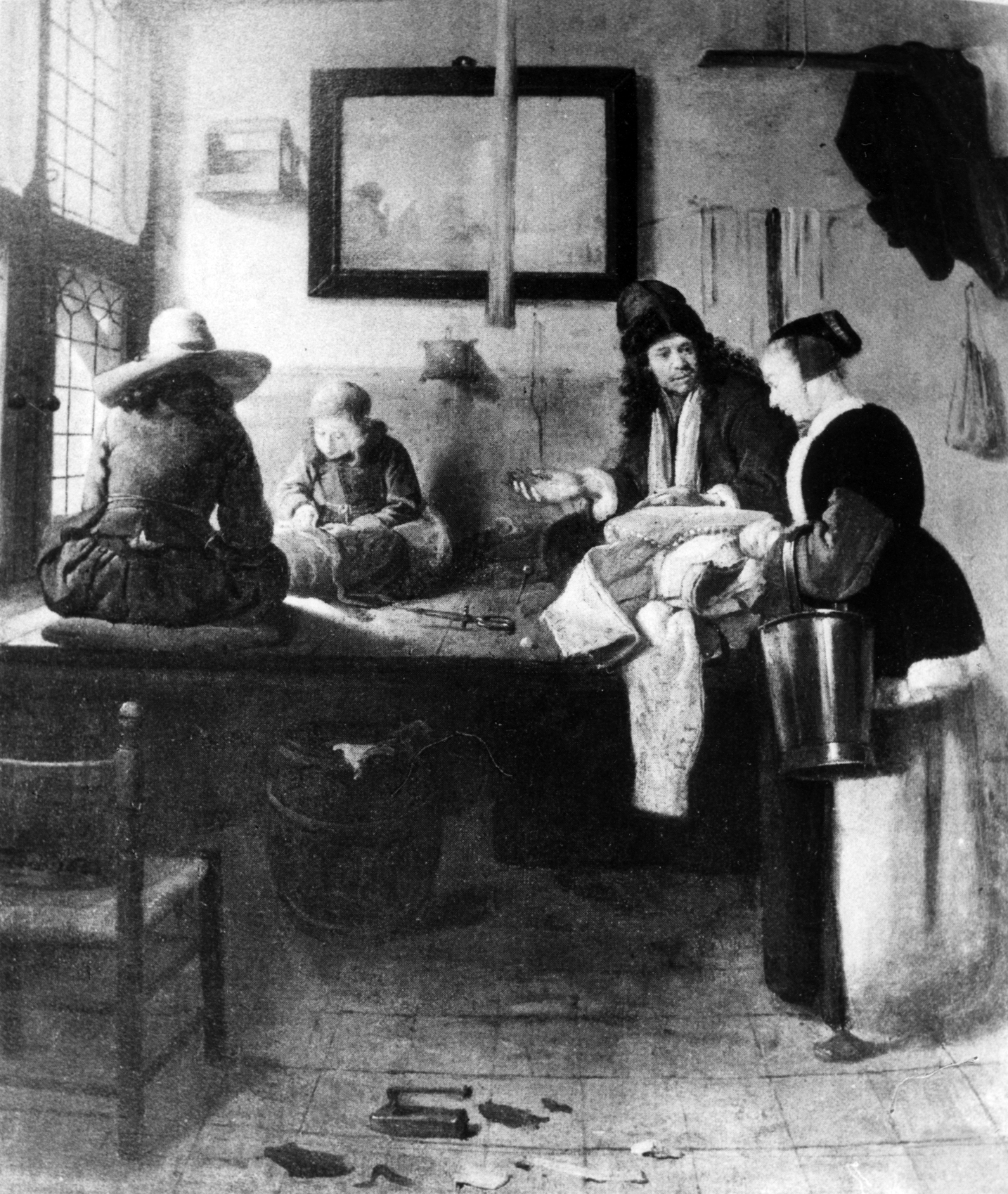 Today the Academy sets out to be a connection between the past tradition and the future innovation.

The Academy wants to train the Masters of the future, who will have not only a job but a profession in tailoring, that combines manual skills with managerial abilities. To do this, the Academy has created a training school, which has been improved every year and in step with the demands of the market, in order to offer young people a rewarding and successful future. In addition, it organizes events that enhance the craftsmanship and the Italian tailoring school, one of the oldest and most renowned in the world. 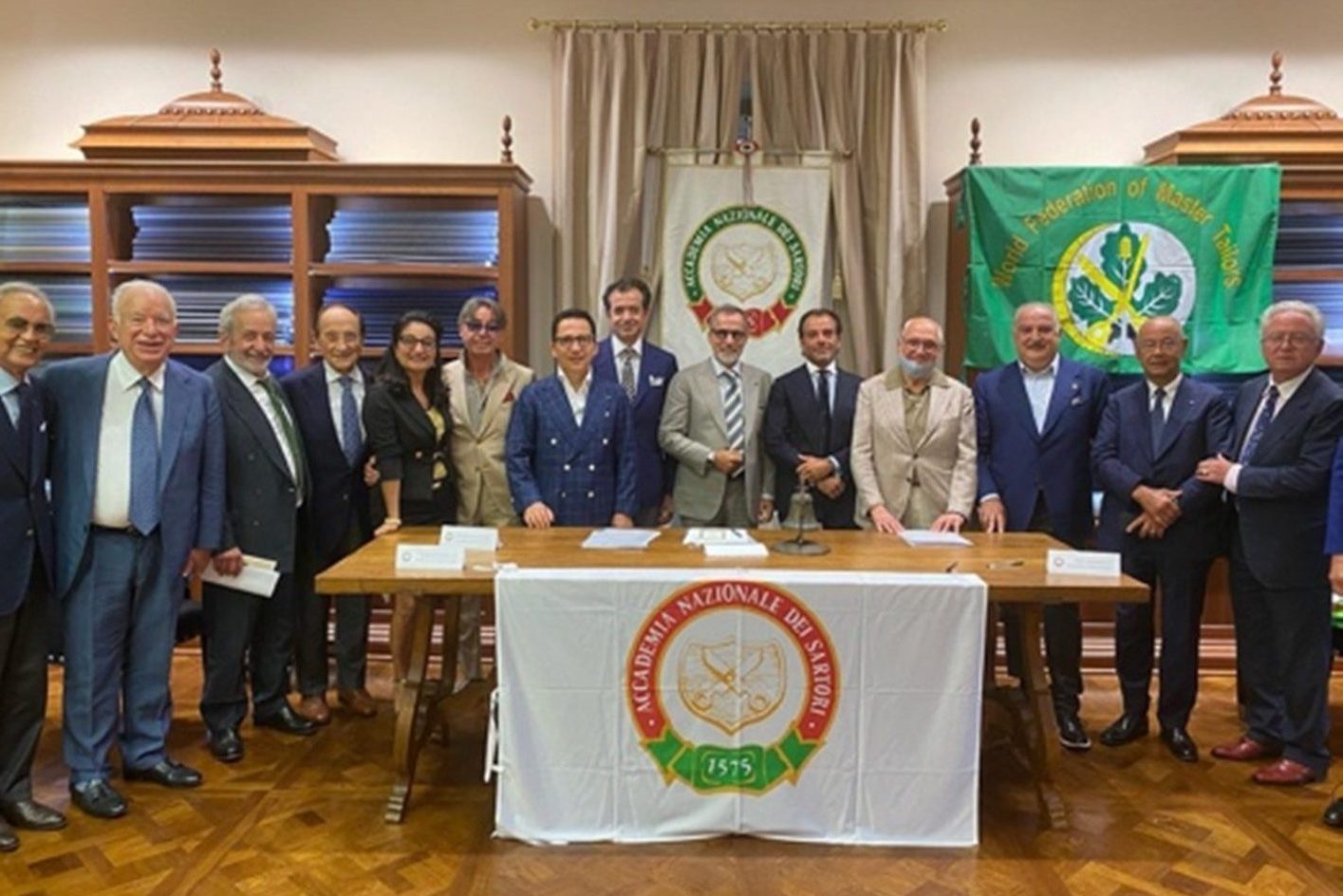 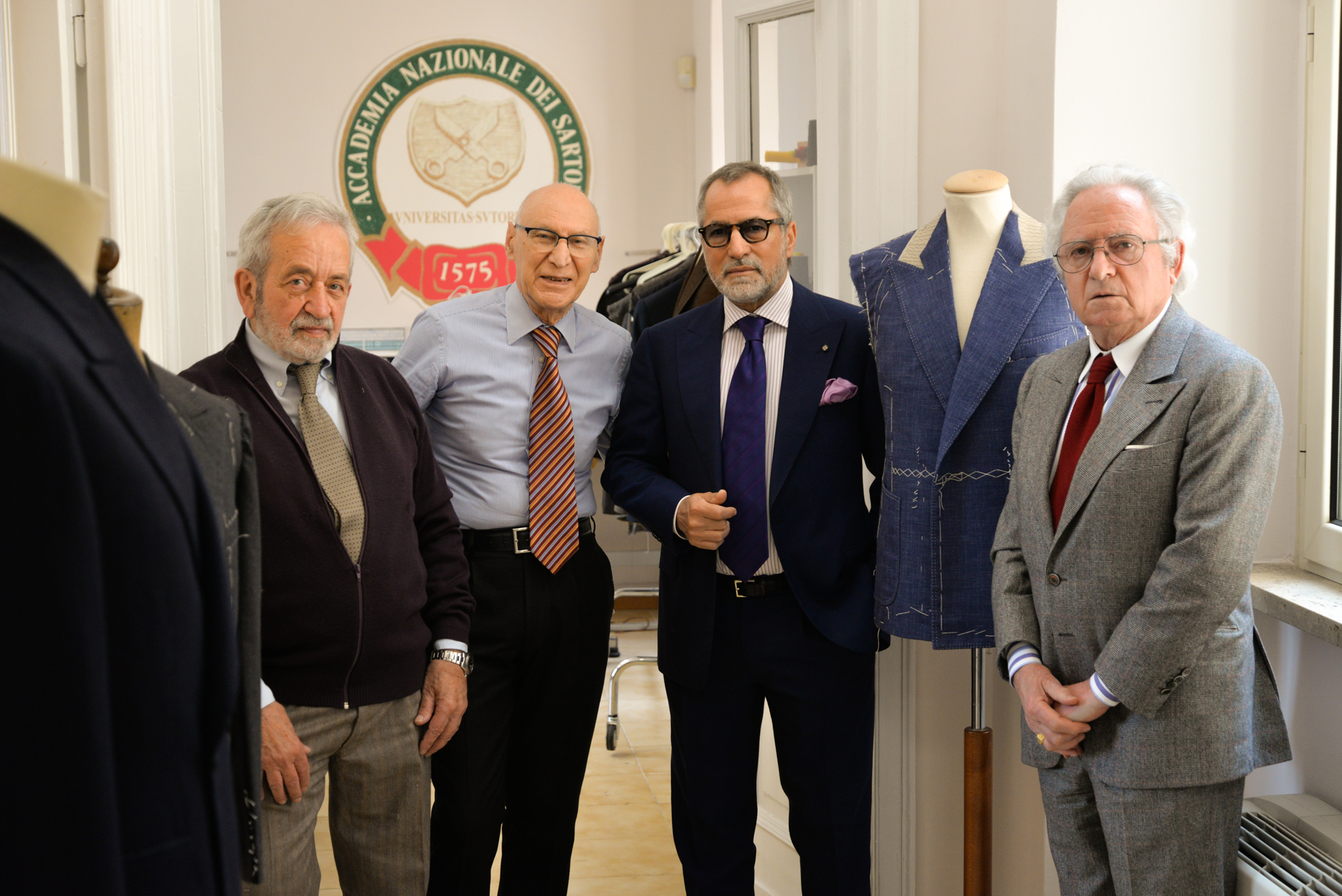 More than 110 ateliers for men and women tailoring are associated to the Academy representing the entire Peninsula.

Many of the most important names on the international tailoring scene have decided in recent years to embrace the Academy's goal - to enhance and perpetuate the Italian tailoring art in the world.

Every year, more and more young tailors join the Academy, synonymous with a growing interest in this craft activity.

The figure of the tailor, in fact, has increasingly succeeded in becoming an interesting and rewarding job opportunity, and the Academy helps young masters in improving and establishing themselves. 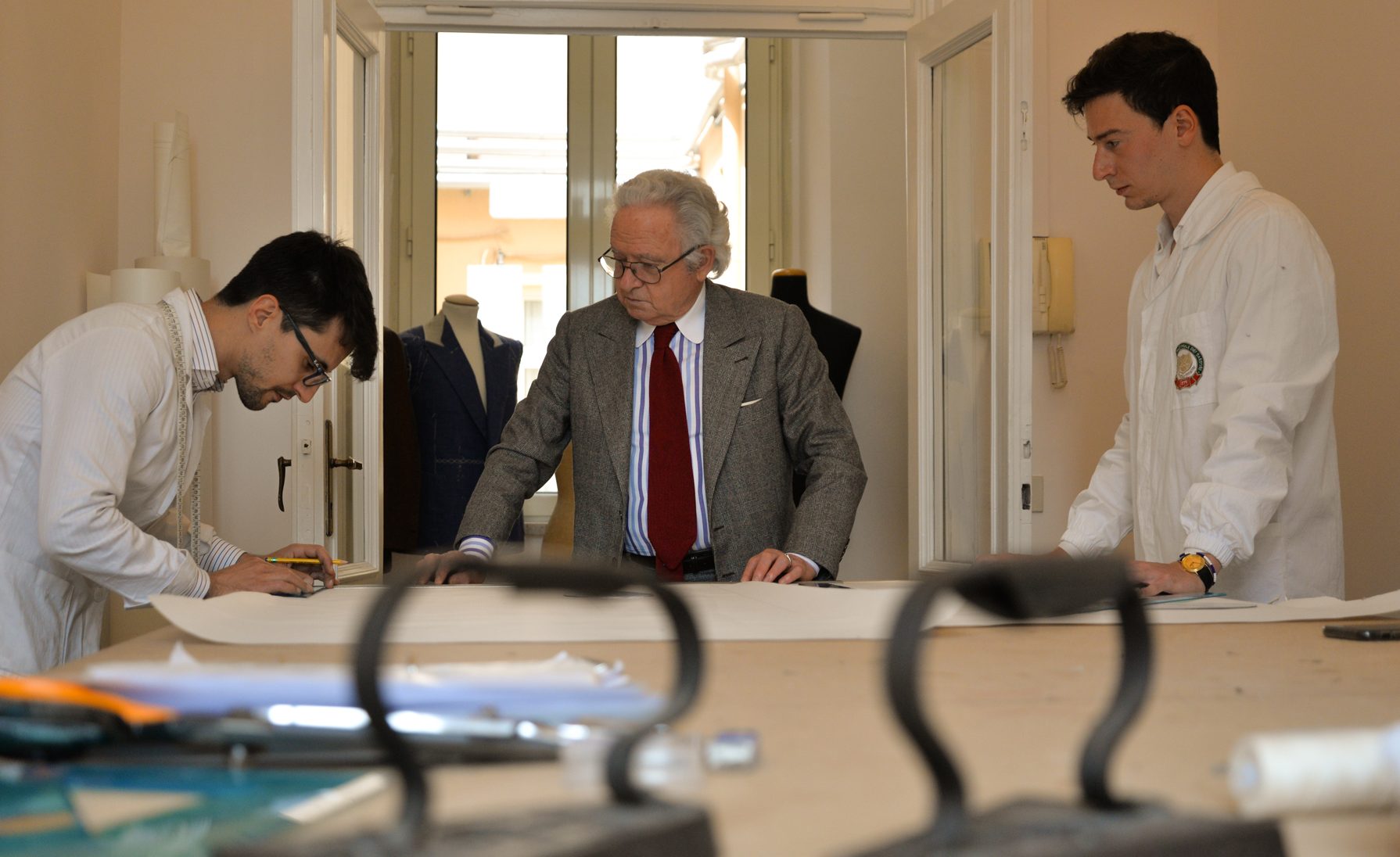 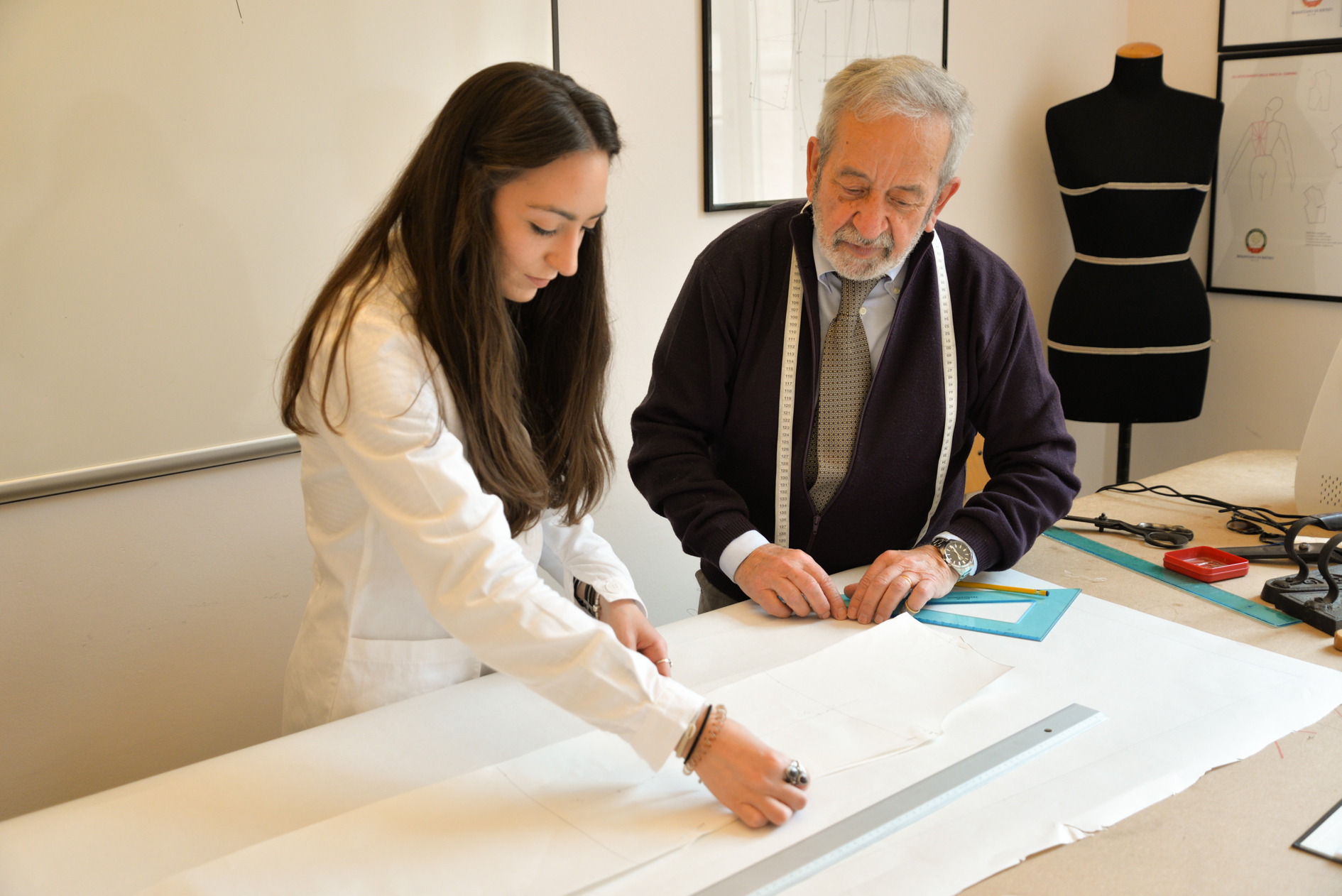 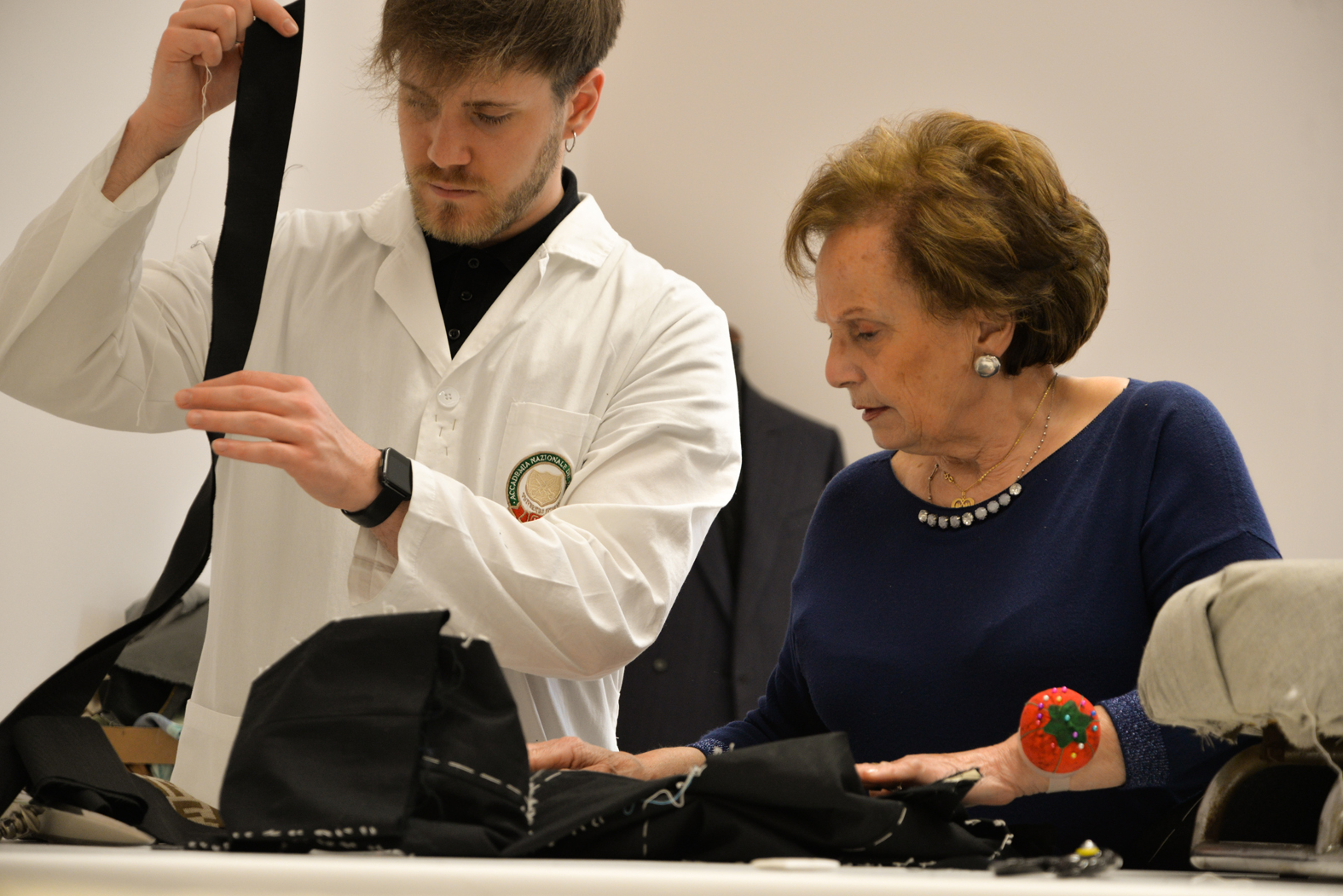 The Presidents of the Academy from 1948 till today: 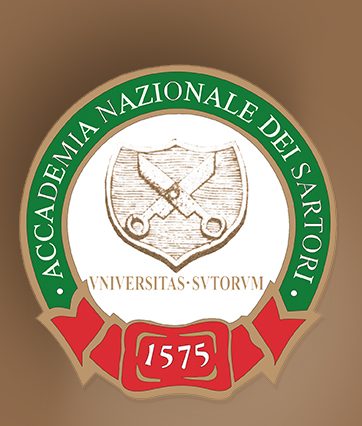 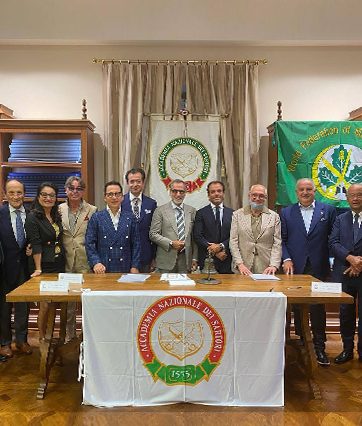 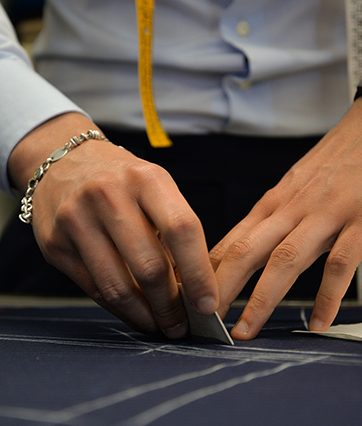